A study has revealed that switching from traditional cigarettes to e-cigarettes could help patients with heart disease within a few weeks. The study from the University of Dundee promotes quitting smoking. The study titled, “Cardiovascular Effects of Switching From Tobacco Cigarettes to Electronic Cigarettes,” was published this week in the Journal of the American College of Cardiology. This was part of the “Vascular Effects of Regular Cigarettes Versus Electronic Cigarette Use [VESUVIUS]” clinical trial. 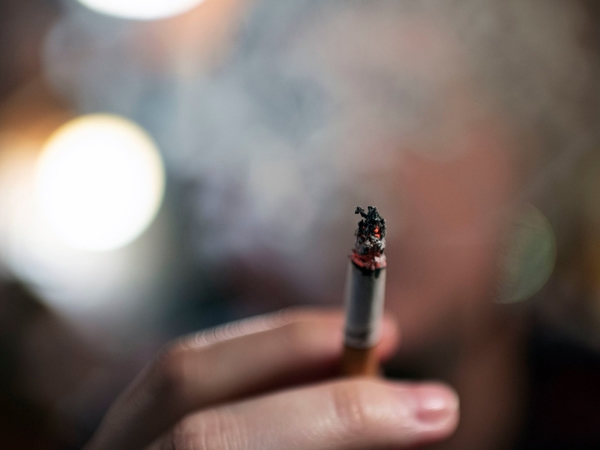 According to the British Heart Foundation, quitting smoking is one of the most important steps in reducing the risk of heart disease. There are several harmful chemicals present in cigarettes that can get deposited inside the arteries and cause them to clog up leading to plaque formation. This leads to heart attacks and stroke, explain the experts. Smoking in fact doubles the risk of getting heart attacks among those who are susceptible. Over the last few years there has been a significant rise in number of vapers. The team wrote that there has been a “59% increase in users between 2013 and 2019 with growth in the United Kingdom occurring fastest in Europe.” In the UK and the USA, 6 percent of the population uses e-cigarettes and of these over have made the switch from traditional cigarettes believing these e-cigarettes to be safer, wrote the researchers.

Among those with heart disease, the risk remains high if the patients are smokers. This new study conducted for a month with 114 smokers showed that simply by switching to e-cigarettes from regular cigarettes could reduce the risk of heart attack and stroke. The team emphasizes that e-cigarettes are not safe but are less harmful that traditional cigarettes.

For this study the team included the 114 smokers (defined as persons over 18 years who had smoked 15 or more cigarettes per day for two or more years) who were asked to switch to e-cigarettes from their regular cigarettes. Their blood vessels were examined at the start of the study and then again at the end. They did not have any diagnosed heart disease at the start of the study. The team measured “flow mediated dilation” which means it measures the amount of expansion the flowing blood causes on the walls of the artery. A healthy artery wall is elastic and can dilate more than a plaque ridden stiff arterial wall. The latter raises the risk of a heart attack and stroke wrote the researchers.

Results revealed that persons who did not smoke had a score of 7.7 percent while smokers had a flow mediate dilation score of 5.5 percent. After switching to nicotine containing e-cigarettes from traditional cigarettes, the team found that the smokers had a score of 6.7 percent. This meant that there was an improvement seen within a few short weeks after making the switch. The team wrote, “Meta-analysis of flow-mediated dilation (FMD) studies indicate 13% lower pooled, adjusted relative risks of cardiovascular events with every 1% improvement in FMD.” This meant that with 1 percent lowering of flow mediate dilation there was a 13 percent lowering of risk of heart attacks and strokes. Further women benefited more than men on making the switch said the study.

Professor Jacob George, one of the authors of the study said, “They‘re not quite normal, but their vascular function improved quite significantly, just within a month.” The team agreed that this was a short study with small number of patients and the long-term effects of the e-cigarettes are not known. Most importantly, the fact that the effects or reversal being a sustained one is still not known, say the researchers. The team warns that the users of the e-cigarettes did not have a normal score compared to non-smokers.

Prof George said, “The key take-home is these devices are not completely safe and should not be tried by non-smokers or children. We now have clear evidence they‘re less harmful than tobacco cigarettes.”

Prof John Britton, director of the UK centre for tobacco and alcohol studies at the University of Nottingham, spoke about the above study saying, “This randomised trial provides clear evidence of a reduction in a marker of cardiovascular disease risk in people who switch from smoking to vaping. The finding of the study, that vaping is less harmful than smoking, is intuitively correct on the grounds of the lower range and levels of emissions known to be present in vapour relative to tobacco smoke.”

In the UK the advice from various experts is that vaping is 95 percent safer than smoking and existing smokers can switch from traditional cigarettes to e-cigarettes. Experts warn non-smokers that they should not take up vaping. According to the British Heart Foundation smoking related heart problems kill 50 persons every day emphasizing, “Stopping smoking is the single best thing you can do for your heart health.”

HQD TECH
are you of legal
smoking age?
under 21 21 +
Age Certification